South Wellington in the late 19th and early 20th century 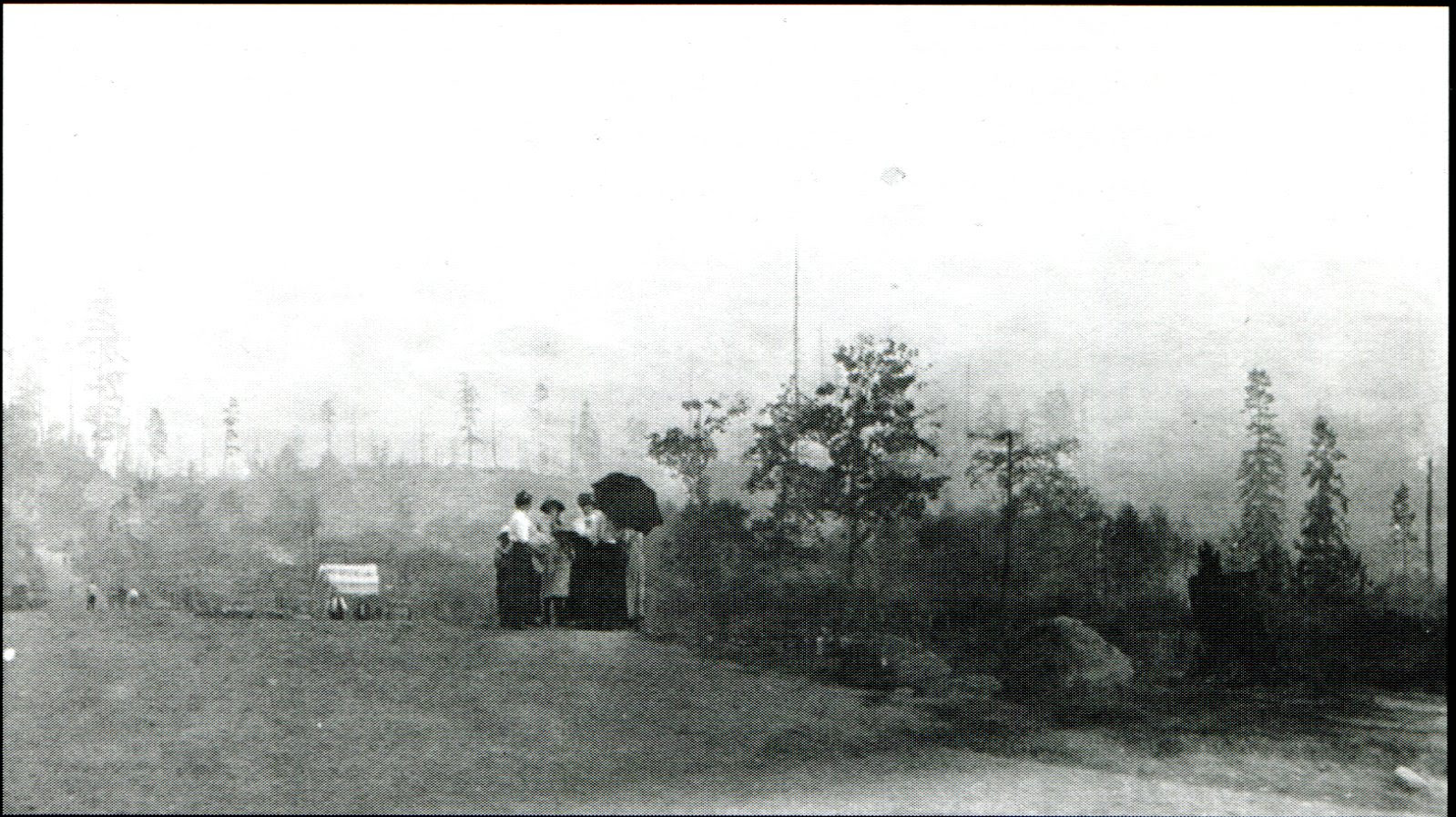 The community now known as South Wellington was established around the mining industry beginning around the 1880s. The town was originally named Alexandra, after the Alexandra Mine that operated there. At that time, life in that town was largely unfamiliar to that of today: the infrastructure for electricity was decades from becoming provided to the town; therefore, light was provided exclusively by coal and oil lamp, and heat by woodstove.

These objects regularly spelled disaster by way of fire. One of the main sources of house fires was the indoor stove. These stoves were typically vented through the roof in such a way that took no precaution to separate or insulate the wood of the roof from the heat of the stovepipe. Moreover, sparks from the stove had occasion to jump out the top of the stovepipe and onto the roof. Thus, roofs would often catch fire. To make things worse, many houses in South Wellington were located near the forest, allowing house fires to spread into bushfires. The bushes would, in turn, act as a fuel path for the fire to spread to other homes and businesses.

In this early part of its history, South Wellington did not have any form of a fire department. This meant that whenever a fire did occur, the residents were without any effective means to put it out. When faced with housefires, the townspeople often found their only option was to remove as many valuables from the house as possible before it became completely engulfed. When the fires were of a greater scale--the flames reaching from structure to structure--valuables had to be lowered into a nearby well, to be retrieved when the flames finally subsided.

During these times, South Wellington was subject to a number of devastating fires. One particularly destructive fire engulfed much of the town in 1914. And the fire was not altogether accidental.

In 1913, around one year before the fire, the mine workers of South Wellington joined an international union called The United Mine Workers of America (UMWA). In doing so they joined the vast majority of miners across North America who had since 1912 been in strike against mining companies for inadequate pay and dangerous mining conditions. In response to the strike, the mining companies would hire individuals, sometimes from as far as Europe, who were not part of a union and have them take the striking miners' places. These hired individuals were known as strikebreakers, but were more derogatively called scabs by the strikers. The fire of 1914 was actually started by a number of striking miners in an attempt to drive out these strikebreakers from their mining residence, located about a half mile north of the town of South Wellington. Apparently, though, the wind changed, bringing the fire towards the town. Minto Ave, the center of business, was near complete ash. Dick avenue fared better, yet still lost many of its houses. By the time the flames died out, three-hundred and fifty people were rendered homeless; sixty homes were destroyed, along with two stores, a pool room, and the longstanding Alexandra Hotel. 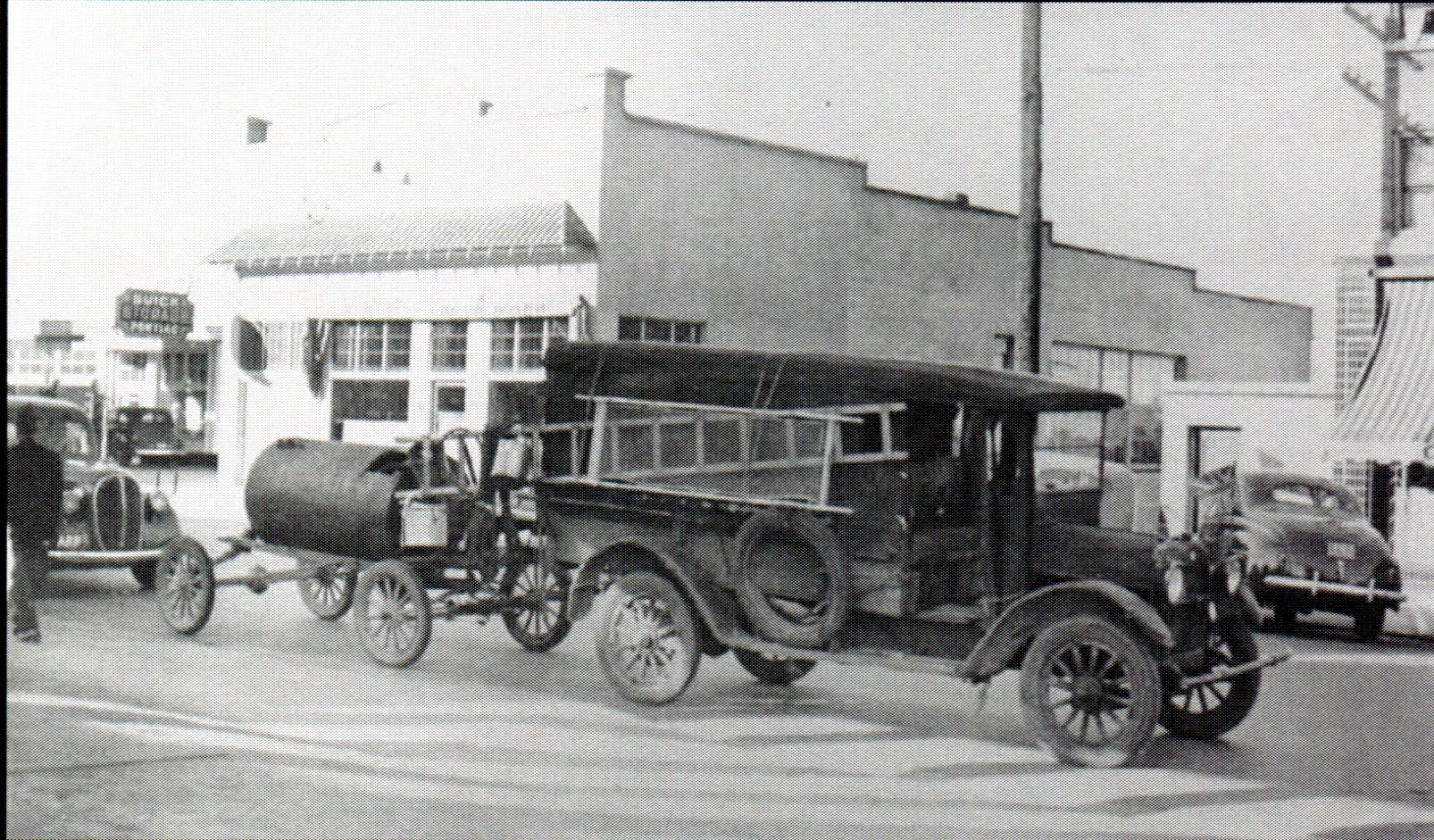 In the early 1940s, filling a desperate need of the community, the South Wellington area finally acquired the means to fight fire: a truck outfitted with a water tank. The truck was a Rio ARP. Incidentally, it was said to have been originally used as an ambulance some time during the First World War. This vehicle served as a fire truck by pulling a trailer containing a small water tank. The trailer was aged even by that day's standards: its frame and wheel spokes were made of wood; and its wheels were made of a solid strip of rubber.

The water tank's gas-operated pump showed the finickiness of age too. Refilling the tank immediately after being pumped dry was problematic. Once the pump had been turned off and had been driven to the nearest well for water, the pump would still be hot and would refuse to start up again until the hot sparkplugs were removed and replaced with cold ones.

In 1947, South Wellington's ratepayers purchased the first fire truck, a 1931 Chevy with a 200 gallon tank.

At this time South Wellington was still without a proper fire hall, so the truck and trailer were kept in a lean-to shed near the Civil Defense Hall, which was itself found near where the railroad tracks cross Scotchtown road.

For just short of two decades, fire protection in South Wellington was carried out without a fire hall. This was on its way to change when in 1957 the ratepayers of South Wellington bought a plot of land from Jim Ruckledge for the purpose of building one. A year later, in 1958, the hall was complete. The new fire hall as it stands today is on this same land.

In the same year as the hall's completion, a new fire truck was purchased: a 1944 International pumper. Next, in 1968, the department bought a 1965 GMC flat deck truck, which was used a tanker. And in 1975 a brand new International truck was purchased. The members of the firehall, headed by Dick McLellan, built upon the chassis and affixed a used 450 GPM BMW pump to the deck. This truck is still in use today as a tanker by the fire department.

The old hall was demolished in 1989 to make way for a new hall. The construction for this new hall was done by volunteers. The building project was supported by a number of fundraising endeavors such as Bingo. In total, the amount raised was between 20,000 and 30,000 dollars; this amount was then doubled by a grant provided by the government.

Also in 1989, a new truck was purchased. It was the Ford pumper truck that is still in service today. It has a 1000 gallon tank and a 1050 GPM pump. It was upgraded in 1998 with a Class-A Foam Injection System.

The next and most recent truck to be purchased was a Mini Compressed Air Foam Pumper. The truck is built upon a F550 chassis, and its tank holds 300 gallons of water along with 20 gallons of Class-A Foam.

On November 3rd, 2014, late at night, the fire hall caught fire. The cause was an electrical short in the second floor. Although the fire was extinguished soon after, one area of the hall suffered structural damage and the top floor of the building was exposed to extensive smoke damage. This resulted in the need for a thorough renovation.

Approximately one year later, the renovations began, and were completed in 2016. The firehall has now been modernized and brought up to current codes.